by Beth Rumbo on April 24

As we pulled into the gates, I drew a quick breath. Framed by the rugged limestone hills of the Texas Hill Country, Camp Sierra Vista was beautiful, with wide fields and a canopy of trees overlooking the lazy Guadalupe River. My heart was racing from a mix of excitement and nervousness. I’d never been away from home for very long, and even though I’d convinced my parents to send me for a week, as I peered out the car window at the bustle of campers arriving the one week ahead of me felt eternal. I walked into my assigned cabin and saw the long rows of bunk beds lined up against the walls. “Uh oh, this is the first hard part,” I thought to myself. Like a new kid at a school cafeteria not knowing where to sit, I didn’t know how to pick a bunk. What if the girls were mean, or didn’t want me to sleep there? Just then, a smiling counselor came up and held out an upside-down black hat containing little strips of paper. I reached in and pulled out a strip. “Oh, you have Italy, that’s the bottom bunk in the corner,” she chirped. I walked over, relieved that I hadn’t had to make any decisions for myself. Luckily, camp life was so full that my anxieties quickly disappeared. Days were spent under the hot sun playing soccer, riding horses, going off the rope swing and making friendship bracelets. The nights were filled with stargazing and long talks with new friends. I remember when my parents arrived I ran up to them and the first words out of my mouth were “Next year I want to come for two weeks!” Camp was a magical place, full of traditions, adventure and simple goodness. My second year there I tried activities I had never even heard of like making “puppy chow” (a chocolate, Chex Mix, marshmallow hodgepodge of gooey sweetness) and bouncing sky-high off the Blob into the river. Every year I found myself coming out of my shell a little more. My third year I trained for and competed in War Canoe, the final and most intense tribal competition, which required blood, sweat and tears…literally. In my fourth year I earned “Most-Valuable” in war canoe for demonstrating grit and was selected by the counselors to join the Starguiders, a select group of model campers. My fifth year, my last as a camper, I faced a decision I’d struggled with the entire school year – whether to run for tribe chieftain, the highest position, and the most visible. The election process brought back first-day fears. I worried about failing, and doing so publicly. Then I realized that I would never achieve my goal if I didn’t try. I stood up on Tribe Hill, the faces of 50 girls, from age 6 to 16, each unique, peering back at me. I took a slow breath and began to read my speech. As I read, my heart expanded and my voice was strong. That was the moment I knew I had changed. I felt confident that I had what it took to be a leader. Before attending camp, I would never have wanted the responsibility of leading all those girls through our victories and defeats in tribal competitions. To be their example, and the one to encourage or at times be firm. But there I was…and it felt empowering. I won the election, but even if I hadn’t, I still would have accomplished something that, a few years before, I would never have imagined myself trying. This past summer, my sixth, I returned as a counselor and held out a hat to guide nervous, new girls to their bunks. Camp has shown me who I want to be: Strong, independent, kind, caring, adventurous and open-minded, daring enough to risk failure. And camp gave me the space to become just that. -Sophie 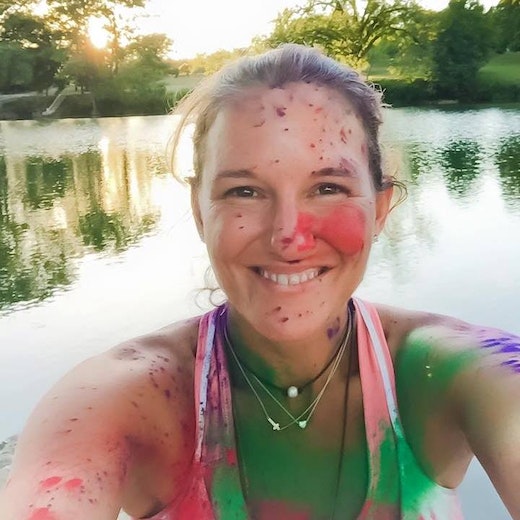 Hi! My name is Beth Rumbo and I am incredibly blessed to be the Program Director for Sierra Vista for girls. I believe in the power of camp and the community of compassion it creates. I consider my job a calling to support the next generation of women. At camp, girls can flourish. They discover what makes them unique, they build character and they are fully known and loved for who they are.

Collegesummer job
Back to the Blog

Singing the Git Up